Despite the trend toward increased polarization in politics God is inclusive. He doesn’t choose sides or favor one group over another but works silently behind the scenes of the external life to uplift the entire race. While we can’t change God’s plan, our collective intransigence and mass disdain for each other will impede its progress to all of our detriments. When the psychic environment is cluttered with as much polarizing emotion and ideology as it is today it is impossible for the truth to be clear and undisguised or for compassion to be present anywhere.

Sri Aurobindo, the great Indian spiritual master of the twentieth century, put it this way: “The illusion of action is one of the greatest illusions of human nature. Men have a feeling that if they are not all the time bursting into fits of feverish activity, they are doing nothing. Whatever has been done in the world has been done by the very few who can stand outside the action in silence; for it is they who are the instruments of the Divine Power. They are dynamic agents, conscious instruments; they bring down the forces that change the world. Things can be done in that way, not by a restless activity. In peace, in silence and in quietness the world was built; and each time that something is to be truly built, it is in peace and silence and quietness that it must be done. I am not speaking of the ordinary day-to-day acts that are needed for the common external life, but of thosewho have or believe that they have something to do for the world. Enter into the consciousness of Eternity, then only you will know what true action is.”

There was a Tibetan Lama who saw many of his brother monks tortured and killed by the Chinese and spent twelve years in a Chinese prison. He was being interviewed one day after his release and said during his time in confinement he “…had been in grave danger.”

“Of losing your life?” The interviewer asked.

“No,” answered the Tibetan. “Of losing my compassion for the Chinese.”

Compassion is one of the hallmarks of higher consciousness, the kind of consciousness so needed in our world and yet in such short supply. While the Tibetan Monk never lost his compassion despite the severity of his situation, many of us have never found ours despite countless opportunities to do so. We might not be able to change what goes on in the external world by ourselves but we can certainly change what goes on in our internal world. If enough of us take on the responsibility of developing more consciousness we will eventually elect officials who also have more consciousness. Hopefully, there is still time to change the direction of the planet before political, climactic, and geological crises occur for which there are no solutions.

The requirements to create more consciousness and develop an inner center are twofold. The first requirement is a purified emotional nature in which all conscious and unconscious emotional toxicity has been discharged. The second requirement is a conscious connection between mind and soul that allows the intuition to function and unconditional love to be experienced and expressed.

We can change the future only if we change ourselves. The road ahead is fraught with peril. The future will belong to those who transform their toxicity, find their center, develop compassion, and become a channel for unconditional love. The time to start that work is now. If we procrastinate and put it off for later it will be too late. When love and hate are both absent, a clear, compassionate center capable of holding a guiding truth for the nation and the world will form. Salvation requires a group effort. We cannot afford pettiness and small mindedness any longer. 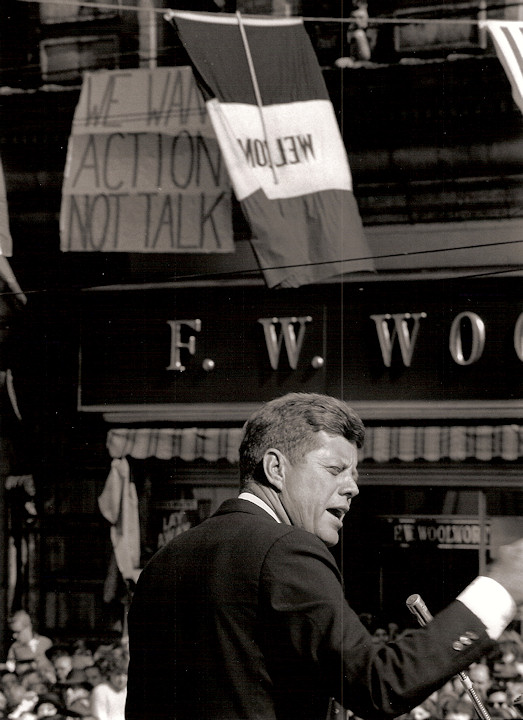 Watch this video of President John F. Kennedy of a speech given  in the early 1960’s. This is what we are up against.