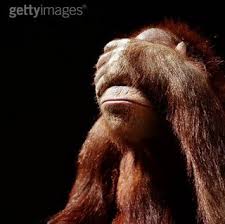 Shame: A summary of major points The Heart of the Matter

The truth about shame emerges when the surface differences have been shorn of their camouflage and the heart of the matter is all that remains. We cannot evade our shame. If we try to evade our shame, we will only succeed in empowering it in two important ways. First, a toxic event that remains unconscious retains its power. Second, when we allow our shame to retain its power, we make it immortal. The consequences of immortalizing our shame are immense. As long as we permit shame to function with impunity in our psyches, we will never be whole; we will never be happy; we will never be fulfilled; we will not go forward; we will not evolve; we will never know who we really are, or what our true purpose is. Toxic shame defeats the true purpose of our lives.

Chronic psychic bleeding, a consequence of toxic shame, like that experienced by my client, carries serious and immediate consequences. It steals our energy, deprives us of clarity, and upsets our emotional balance. In the end it leaves us powerless, victimized, enraged, and confused. As long as unconscious shame sits in our system, the door to the soul is closed to further contact, no matter how much we might meditate or pray, or how many hours of Yoga we might do a day. Nor does physical death end the tyranny of shame.

Everything we failed to resolve while on earth must be resolved upon our return to earth. When we die, the emotional energy associated with our experience of shame leaves with us, becoming a part of our soul complex and a component of our unresolved history as an incarnated entity. Since shame survives death, it becomes more deeply embedded in the subconscious in our next incarnation and more unavailable to us. When we don’t deal with our shame, we immortalize it. What we postpone ends up owning us. When we immortalize our shame, we increase its potency.

The Cycle of Adult Shame

The adult cycle of our young man’s imbedded shame begins with his denial that he was invalidated and made to feel worthless as a child. That conscious denial strengthens his unconscious shame and guarantees that he will continue to endure a sense of worthlessness that will gnaw at him incessantly. He will bear a strong sense of inferiority that nothing he achieves can overcome for long.

The same shame that exists in our young man exists in many of us. Those feelings of shame don’t go away with time or disappear with our denial. They don’t melt away because we wish them too. In fact, the more we ignore them and pretend they don’t exist, the louder and more powerful that shame becomes. The more these feelings of shame penetrate our subconscious, the more they control our life. The unconscious shame we try to deaden in our system then, is not really dead at all.

If buried and unacknowledged shame is present in our subconscious, it will determine much of what happens in our lives. Whatever that shame brings into our lives will be detrimental to our well-being. Our unacknowledged shame will deprive us of our true identity and fulfillment and prevent us from integrating the physical and non-physical elements of our system. It will keep us from being whole and balanced. This is the legacy of the path of most resistance.

Making matters worse, when toxic shame is present in our subconscious, our ego has a negative orientation. A major function of the negative ego is to keep us from finding and confronting that buried shame. Its job is to keep our shame unconscious. Its mission is to keep shame alive. The only real solution to dealing with unconscious shame is to make it conscious. However, when the ego is negative it will do everything it can to keep that shame buried and unconscious.

Surviving life with toxic shame embedded in our system is far from living life without it. We can survive, we can endure, but until we clear the toxic emotion buried in our bodies, we cannot go forward. We will not find our purpose, our happiness, our freedom, or ourselves. We will just survive and endure, feeling worthless and unredeemable, living life without being fully alive.
For our adult child of alcoholic parents to go forward, he will have to face, feel, and complete all the painful, incomplete, and toxic emotion stored in his body. He will have to confront his shame, his feelings of worthlessness, and his unending sense of emptiness. This, of course, takes courage. It will not be easy for him to be vulnerable to the parts of his nature that he thinks are unredeemable. That’s why he erected a negatively oriented ego in the first place.

However, there is a way out. If he chooses to face and feel his toxic emotions he can complete them. When he finally completes those emotions they will be discharged from his system. He will then stand clear of his past, and be well on his way to wholeness and happiness. If, however, he chooses the path of most resistance and decides to avoid facing his toxicity, his situation will not improve. His shame will persist.

Almost all of us have our own incomplete emotion and unconscious shame to deal with. We may not have had alcoholic parents like our imaginary young man did, but virtually all of us have some dysfunction or disturbance to clear from our system that keeps us from being whole and integrated, in touch with our true identity, and able to manifest our true purpose.

Elimination is an exacting, demanding, and often exhausting process. The more shame and emotional toxicity we carry in our system, the further away from ourselves we are. Hopefully, our young man will get so tired of the way he is living that he will be willing to face his toxicity at last. If he can turn away from the path of most resistance, where he is constantly running from himself, and enter the path of personal evolution, where he chooses to face himself, he will be able to find his way home to who he really is and overcome his shame once and for all.

The Roots of Toxic Shame

Let’s consider the imaginary case of an adult male with toxic shame who grew up in a family with unstable, alcoholic parents. As a young child, our young man never felt safe enough to express his emotions or to ask for what he needed. He received little nurturing, approval, or love from his parents. When he got home from school he never knew what conditions awaited him. Would his mother scream at him? Would his father beat him? Would there be food for dinner? His childhood was an ongoing nightmare. He was preoccupied with conditions that another child, growing up in a stable and loving home, would never have to face. He had nowhere to turn and no one to confide in. There was no safe harbor in his life, no way to reduce the pressures he had to confront everyday. He was alone in the horror of his childhood. This is the kind of environment in which toxic shame takes root.

His solution for dealing with the exigencies of his life was to take the only path available to him, which I have named the path of most resistance. As he trudged down this path he learned to shut off his feelings and numb his system to the constant assaults he faced from his parents. Not feeling was the only way he had to endure and survive. He was well on his way to a living a life consumed by toxic shame.

Shutting Down and Surviving

When there is no one to protect a young child, the only way that child can protect himself from further psychological harm is to shut down emotionally. Shutting down is not really a conscious choice, but is rather an unconscious mechanism to stop the emotional bleeding. Turning off the ability to feel will shut off the pain and silence the inevitable rage, at least part of the time. Unfortunately, it also means that the person who shuts down his feelings has lost his ability to feel and, therefore, to connect with other people in any meaningful way. Instead of feeling connected to his world, he will feel empty, alone, alienated from those around him, and dead inside. In shutting down emotionally he also severs his connection to his soul.

While shutting down his ability to feel allows him to survive, that protection comes at a high cost. In addition to feeling empty, he has also made himself into a chronic victim: powerless, unbalanced, and angry. The chronic inner victim will not magically disappear when his childhood ends and he tries to make his way in the world. Instead, the inner victim created by toxic shame will continue to undermine him and make his life a living hell. He will be his own worst enemy. This is the path of most resistance. This is the path of toxic shame.

The strategy that enabled him to survive his childhood then may well poison his adulthood. By burying his pain instead of facing it, he increases the odds that he will duplicate his parent’s dysfunction and like them, become a tortured soul laden with toxic shame. If he becomes a parent one day, without first healing his childhood nightmare, it is highly likely that he will do to his own children what his parents did to him. He will pass the curse of toxic shame on to the next generation.

Passing down the Generations

In essence, when a parental dysfunction penetrates the subconscious of a child, that dysfunction is passed on from the older generation to the younger one and will persist as a dominant family behavior until someone in the family decides to confront and eliminate it in himself. If the children do not eliminate it when they become adults, it will be passed on to their children. If that toxic shame remains firmly entrenched in the subconscious of family members, it can persist for many generations. As it passes down through the generations, it may also become more virulent with each new replication.

When a child shuts down emotionally, there are serious repercussions in the rest of his life. What he shuts down will be difficult to open later. Whenever someone shuts himself down, he locks a strong sense of his worthlessness and toxic shame deep within his core. He will feel that he can never redeem himself, no matter what he does. It’s not that he has made mistakes in his life that he can atone for, as much as it seems to him that his whole life has been a mistake. How does he atone for that? Since that toxic shame is who he mistakenly thinks he is, he may resist facing it with great ferocity. After all, he feels unredeemable. Facing the pain at the core of his psyche is like facing his death.

As time passes, and he attempts to move forward, his imbedded toxic shame will become the shame of which he is no longer even conscious. It will imprison him in the alienation and emptiness of the past and prevent him from finding wholeness and happiness in the present. If he marries and has children, his unconscious toxic shame will be his legacy to the next generation.