The 13 Illuminati families at the top of the New World Order conspiracy want to depopulate the world. Since they control the governments of the world, the major corporations, the international banks (including the central banks), the military, the mainstream media and the security organizations in all major countries, what they’re doing is not publicized or spelled out in the mainstream media. Most people are blissfully unaware that any of this is happening. But more and more people are waking up and the truth is that the conspiracy is hiding in plain sight. If you’re awake, it’s easy to see what they’re doing. Here are some important dots that I’ve connected for you. 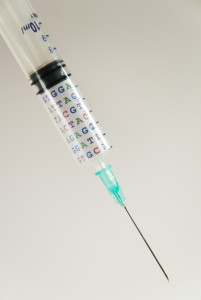 GMO foods have only 2-3% of the nutritional value found in their organic counterparts. Monsanto and the government would have you believe that GMO foods are the only way to feed a burgeoning world population. That’s a lie. Fields planted with organic grain, fruits and vegetables are more productive on a per acre basis. The government and Monsanto want to put organic farmers out of business and make it illegal to grow organic home gardens. I wonder why?

GMO corn, for example, is loaded with roundup. Roundup is a known carcinogen and quite deadly. Monsanto added a gene to their GMO corn that makes men infertile and causes women to destroy their mates’ sperm so they can’t conceive. Tests with mice fed a GMO diet demonstrate that the mice are infertile by the third generation. Recent studies indicate that one in three males in the millenial generation are infertile. In 1900 the infertility rate among young males was 1 in 1000. 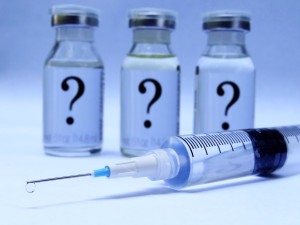 People with a conventional mindset think vaccines are good for you. And why not? Lots of M.D.s will tell you the same thing. However, many of the leading proponents of vaccines are highly paid shills of the pharmaceutical industry. Conflict of interest anyone? If vaccines were so good for you why would the government have quietly paid out over 3 billion dollars to families whose children have died from or have developed serious and irreversible diseases from vaccines?

Here’s what an M.D. who is not a shill for the pharmaceutical industry has to say about vaccines. “Forty years ago when I started my practice only 1 child in 10,000 had autism. Today it’s 1 in 100. What is the only difference we have seen? The inordinate number of vaccines that are being given to children today. My partners and I have over 35,000 patients who have never been vaccinated. You know how many cases of autism we have seen? Zero, zero. I have made this statement for over forty years; NO VACCINES, NO AUTISM.” Dr. Mayer Eisenstein.

One of the major initiatives of The Bill and Melissa Gates foundation is vaccinating people in the third world. Wow!That Bill Gates is one cool individual. Always thinking of the poor and under privileged. What a guy! In a speech at the TED Conference Gates said vaccinations and health services could depopulate the world by 15%. Here’s the link: https://www.youtube.com/watch?v=Gc16H3uHKOA

And here’s a link to a video with Russell Blaylock M.D. explaining exactly what’s in vaccines. Take a few moments and watch this. Dr. Blaylock is obviously not a shill for the pharmaceutical industry.  https://www.youtube.com/watch?v=4kiUgJAxAZ0 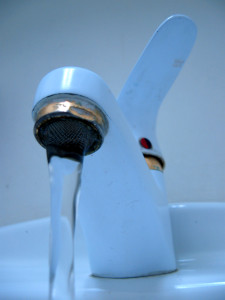 Yes, tap water. Tap water is toxic. It contains heavy metals, prescription medications, fertilizer, lithium and fluoride. The industrial fluoride put in the water supply is an industrial waste product and a deadly toxin. It doesn’t prevent cavities. It make bones and teeth brittle. It lowers IQ, causes bone cancer, calcifies the pineal gland and makes people docile and easy to control. It was originally used in German and Russian concentration camps in the 1930’s. It made the inmates docile and required only 25% of the normal complement of guards. Maybe that’s why the population hasn’t revolted yet. 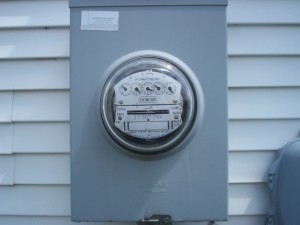 By now virtually every residence and business in America has a smart meter to measure electrical usage. These smart meters send a pulse of radiation into your residence or place of business every few seconds. This radiation is cumulative and very dangerous to your health. It can make you quite sick and weaken your immune system. When I moved into my current home I couldn’t go into the room where the the smart meter had been attached to the outside wall. After a few minutes I would start to feel sick. The room had a terrible feel to it and was virtually uninhabitable. Then I discovered a simple solution that transformed the radiation into grounding energy. Whoosh! No more radiation. That room is now the most peaceful and balanced room in the house. In my next newsletter I will share this surprisingly simple solution with you.

The nuclear plant meltdown in Japan maybe out of the news but it’s far from over. Every hour since the disaster occurred the radiation equivalent of the nuclear bomb dropped on Hiroshima flows into the Pacific Ocean and the atmosphere. The Pacific Ocean may soon be a dead zone and the airborne radiation is  has been contaminating the west coast of North America for over a year. The fish is contaminated with radiation as is much of the produce grown in California. There is mounting evidence that points to the fact that Fukushima was not the result of a tsunami but of a deliberate nuclear bomb set off in the ocean nearby. Sabotage anyone? 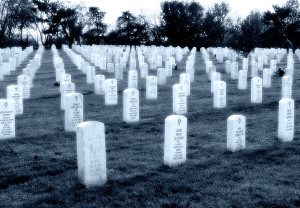 What better way to depopulate the world than to create a third world war? That may be exactly what those behind the New World Order have in mind. In 1871 the head of the Masonic Order in North America wrote a letter to another major masonic figure in Europe outlining three world wars. The first two happened as exactly as he said they would with the same countries fighting each other as he had predicted. According to that letter, The third world war is to be a terrible world wide conflagration between Christianity and Islam that will leave the world reeling and exhausted. Could this be the reason why the western powers created ISIS?

You will find the contents of this important document in my novel, THE SILENT STEPS OF GRACE, an amazon.com #1 International Best Seller.

Maintain humanity under 500,000,000 in perpetual balance with nature. That’s the first of ten “guides for living” in a “new age of reason”. The Georgia Guidestones were erected in a field in Georgia in 1980 and paid for by a group of anonymous men. No one knows who they are. The Guidestones are four twenty foot tall tablets made of  pyramid blue granite. Each tablet contains the “ten guides for living” written in two different languages, a total of eight languages. There is little doubt that the proponents of a New World Order are behind the Georgia Guidestones. Note that the first guide for living is about world depopulation. Here’s a link to an excellent article about the Georgia Guidestones.

In 1988 Brian Weiss M.D. wrote a bestselling book titled Many Lives, Many Masters. Using hypnosis he helped his clients explore past lives and the ways in which previous lifetimes affected their current lives. Later, he took his work in a different direction. Rather than regressing clients into the past, he projected them far into the future. His subjects reported that there were far fewer people on the planet; that society was agrarian; and that the earth was peaceful.

The conspiracy hides in plain sight. It is not hard to find. We just have to have the eyes to see it and connect the dots. These are a few of them. In my next post I will give you ways to counteract much of these assaults on our health and well being.

My novel, THE SILENT STEPS OF GRACE, has important information on the secret history of America. This is information the powers that be do not want you to know. THE SILENT STEPS OF GRACE is a captivating story that will keep you turning the pages as fast as you can. It has a great deal of information that will inspire you, educate you, move you, and help you elevate your life. What more could you want in a book? You will find this amazon #1 International Bestseller at www.amazon.com and www.alanmesher.com

Special Sale: Two for the Price of One!